Bruce Ray, Vice President of Corporate Affairs and Independent Free Trade, Carlsberg UK, discusses the importance of campaigns like ‘Long Live The Local’, the modern role of the pub and the importance that beer still has for consumers. 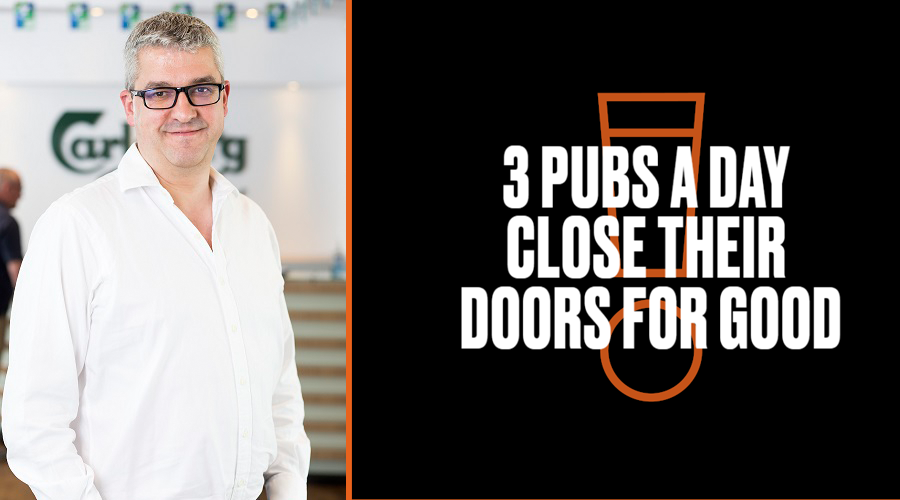 The great British pub is a cherished national institution and one at the very heart of communities across the UK. Pubs contribute extensively in taxes to the Government, they encourage tourism, create jobs and provide an essential place for socialising. That’s why, as one of the UK’s biggest brewers, we’ve thrown our weight behind the recently launched Long Live The Local campaign from the British Beer Alliance.

Our latest Consumer Insights Report uncovered that the pub remains the number-one destination for consumers out-of-home. Diving into the detail, the report delivers meaningful insights into consumer habits and the evolving nature of different consumer groups – including, of course, the infamous ‘millennial’ market.

Interestingly, and something that stood out for us, was that even though 26-35 year olds say they go to the gym more on a weekly basis, they regard the pub very highly when it comes to longer periods of leisure time. Research from the British Beer and Pub Association (BBPA) supports this, revealing that nine in 10 UK adults (89%) are pub goers, with a third visiting once a week or more. Clearly, the pub still holds great value for this influential group and shows its continued importance for socialising.

Despite this demonstrated value, pubs are under threat from a range of pressures and shockingly, as highlighted by the Long Live The Local campaign, are closing at a rate of three per day.

This latest campaign from Britain’s Beer Alliance flags three main taxes that pubs are facing: Beer Duty, Business Rates and VAT. It highlights that beer duty in Britain is three times the EU average and that today, one in every three pounds spent in pubs goes to the taxman, which of course has a noticeable knock-on effect.

This effect can mean pub closures. According to the BBPA, during a period of beer duty rises between 2008-2013, beer sales declined by 24% in pubs, 5,000 pubs closed and 58,000 jobs were lost. Conversely, when there was a cut in beer duty, millions of pounds worth of extra investment was injected into the sector and jobs were boosted.

Closure of these establishments also means that we lose vital spaces where people are able to enjoy social interaction and embrace their local communities. In fact, our Consumer Insights Report revealed how the pub space is being used to host wider occasions such as book clubs and even used as a venue for exercise classes. The pub has evolved and it has adapted to the needs of the communities around it.

Combine this with the wave of energy that has been ignited in the beer market over the past few years and the pub looks like an exciting place to be. Craft beer has generated huge consumer interest with new and exciting craft breweries exploding onto the scene with unique brews, and the resurgence of cask ale and everything in between. This has led to a staggering number of brews now on the scene. Consumers are looking for authenticity and, most importantly, choice. And in a market full of choice, we know that experience-led occasions are still key in driving discovery across cask and craft. In fact, 70% of consumers say bar staff recommendations encourage them to try a new beer.

With all of this in mind, you can argue the importance of campaigns like Long Live The Local in trying to preserve Britain’s community, culture and national identity, but also its importance in protecting safe spaces to explore the vast world of beer.

To read more about the Long Live The Local campaign, sign the associated petition and discover how to make a difference head to www.longlivethelocal.pub

Britain’s Beer Alliance was formed in 2014 with a mission to work collaboratively to enhance the overall reputation of the beer and pub industry and help support category growth. It is formed of over 120 members including the founding global brewers ABInBev, Carlsberg, Heineken and Molson Coors as well as many regional and independent breweries. Supporters also include pub companies and major industry organisations as well as the British Beer & Pub Association, collectively working for the benefit of beer and brewing. The BBA’s membership represents over 90% of the brewing industry. It is funded by the British Beer & Pub Association, ABInBev, Carlsberg, Heineken and Molson Coors.