Drinkers Seek More Low and No Alcohol Choices in Pubs

According to a new study by Carlsberg UK, consumers across the UK believe that low or no alcohol beer is becoming more socially acceptable. 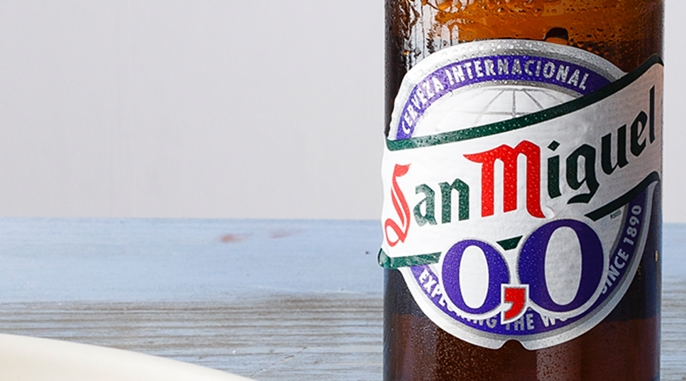 The brewer behind a growing collection of low and no alcohol beers including Carlsberg 0.0% and San Miguel 0.0%, commissioned a study carried out by OnePoll, which delved into the drinking habits of 2,000 UK adults, with a particular focus on low or no alcohol beers.

The study found 59% of respondents had tried a low or no alcohol drink and more than half of those asked (52%) agreed that drinking a low or no alcohol beer had become more socially acceptable in the last year or two.
Twenty-eight per cent of respondents would consider drinking an alcohol-free beer as an alternative to alcohol and 26% would consider it over an alternative soft drink.

Millennials, a consumer group which has often been identified as one consuming less alcohol than previous generations, were the group most likely to enjoy the taste (70%) and the most likely to try an alcohol-free beer (24%).

Liam Newton, VP Marketing at Carlsberg UK said, “The UK has long been a nation known for its love of beer but we have seen a step-change in people’s attitudes towards moderation when it comes to drinking.

“Through our consumer research, we’ve been aware of this trend for some time, and as a result we are increasing the number of low or no alcohol alternatives in our range.”

The Hopping Hare, Northamptonshire, commented, “No or low alcohol beers are certainly becoming a popular choice for consumers who don’t want to drink alcohol but don’t necessarily want an orange juice or alternative soft drink. We see low or no alcohol beers as an essential part of our drinks offering now.”

Carlsberg globally is behind a growing collection of low and no alcohol beers including Carlsberg 0.0% and San Miguel 0.0%, and have committed to offering an alcohol-free alternative wherever its alcoholic options are sold by 2030 to expand customer choice. The commitment forms part of a wider sustainability programme, Together Towards Zero, which includes ambitions to reach ZERO irresponsible drinking, ZERO carbon footprint, ZERO water waste, and a create a ZERO accidents culture in its workplace. #TowardsZERO

‘Low Alcohol Beer Survey’, commissioned by Carlsberg UK and carried out by OnePoll, was comprised of a cross-section of 18yr+ 2,000 UK residents.

About Together Towards Zero

Carlsberg UK’s sustainability programme expresses a vision for a better tomorrow, at a time of serious challenges such as climate change, water scarcity and public health concerns. It consists of four ambitions: ZERO carbon footprint, ZERO water waste, ZERO irresponsible drinking and a ZERO accidents culture. Each of these is underpinned by individual and measurable targets, leading up to 2022 and 2030. Our approach to 0 Irresponsible Drinking is to ENABLE choice, INFORM by providing information and ENCOURAGE positive drinking decisions through dialogue. For more information on Together Towards Zero, please visit: https://carlsberguk.co.uk/sustainability/our-ambitions/

Have a business-related question?