In 2018, one of Britain’s oldest and best loved ales, Tetley’s is looking to the future explains Emily Hudson, Tetley’s Brand Manager 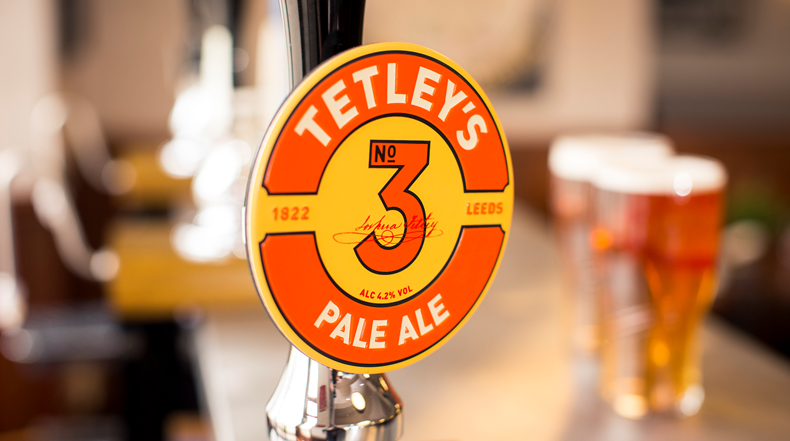 It’s been a big couple of months for Tetley’s – not only have we joined forces with Leeds Brewery to launch Tetley’s No.3 Pale Ale, a recipe over 150 years old, but we have also brought brewing back to its Yorkshire homeland. With an affinity with many ale drinkers, there is a genuine affection for Tetley’s across the country – particularly in Yorkshire where it was originally brewed, so when we were able to create an opportunity to bring the brand back to Leeds, we jumped at the chance. There has been a real buzz around its return and we want to invite people to fall back in love with Tetley’s. We talked to a variety of pubs and drinkers about what they wanted, and needed, to see from the brand, and we are off to a great start.

The launch of No.3 follows the announcement we made earlier this year, at the Carlsberg Spring Briefing media event, where we revealed that we were driving new investment into Tetley’s and kick starting with a new redesign for the brand. Unveiling the new logo and branding, which is an interpretation of the Tetley family’s original coat of arms, using symbols inspired by their previous business as maltsters and used in the company’s logo for the first 80 years of its existence, this was just the start of an exciting year for the brand. We are urging everyone to think about Tetley’s in a new way, and we hope that the vibrant overhaul appeals to a new kind of drinker whilst not alienating loyal Tetley’s fans.

Tetley’s has such a rich history of brewing exploration that we couldn’t resist diving into the extensive beer archive, which spans over 200 years. We worked with historians at the West Yorkshire Archives in Leeds, unearthing history and eventually we found the original Tetley’s recipe for Pale Ale which has inspired No.3. Offering drinkers a chance to enjoy a unique taste of the 19th century, Tetley’s No.3 Pale Ale is unusual for a pale ale by modern standards as it uses entirely English hops to create a full flavoured, crisp beer. Also, by resurrecting this classic recipe, and brewing it in Leeds, we have been able to recreate the brew at Leeds Brewery, in the area where it would have been originally brewed 150 years ago.

Tetley’s was one of the most experimental beer brands in its day, and we believe an original innovator on the beer scene –  from the distinctive double yeast strain, to the brand’s invention of stainless steel Yorkshire squares (versus stone or slate). Flash forward to the current beer scene, and the amount of experimentation we are seeing, particularly within craft styles, the launch of a Pale Ale is perfectly timed to reflect and celebrate the today’s beer market.

No.3 Pale Ale and the new Tetley’s visual identity marks the start of an exciting new chapter for the brand. With an extensive archive of recipes to choose from, there is the possibility for more resurrected brews in the future, but for now it is a focus in giving over-due attention to a much loved brand and celebrate a rich brewing history.